In 2019, there were over 130,000 non-profit organizations (NPOs) in Canada, of which, nearly one quarter (22.5%) were in rural Canada. Rural NPOs employed just over one tenth (11.6%) of all non-profit employees and were responsible for 7.3% of revenues generated.

The release of the Rural Canada Non-Profits, 2019, database provides a new perspective on the activities of NPOs in rural Canada. NPOs play an important role in the well-being of Canadians in both rural and urban communities. The RCNP database defines NPOs as organizations that operate for a purpose other than profit. Types of NPOs within the database include social, recreational, or hobby groups, certain amateur sports organizations, certain festival organizations, and charities. The RCNP database provides data for 2019, broken down by various geographical levels, International Classification of Non-Profit Organization (ICNPO) activity groups, and North American Industry Classification System codes.

Over half of all rural non-profit organizations were in Quebec, Ontario, and Alberta

Ontario, British Columbia, and Yukon had a lower percentage of rural non-profit organization employees than the national average

Ontario reported the highest overall NPO revenues in 2019, while the rural share of these revenues was the lowest of the provinces and territories at 3.8%. Rural contributions to a province's or territory's total NPO revenue were next lowest in Yukon (4.1%) and British Columbia (4.9%). Non-profits in rural areas contributed over 25% of all NPO revenues in the Northwest Territories (51.0%), New Brunswick (29.3%), Newfoundland and Labrador (25.8%), and Nova Scotia (25.3%).

Religion; sports, recreation and social clubs; and social services were the three most common non-profit organization activities in rural Canada

Counts of rural non-profit organizations by province or territory, 2019 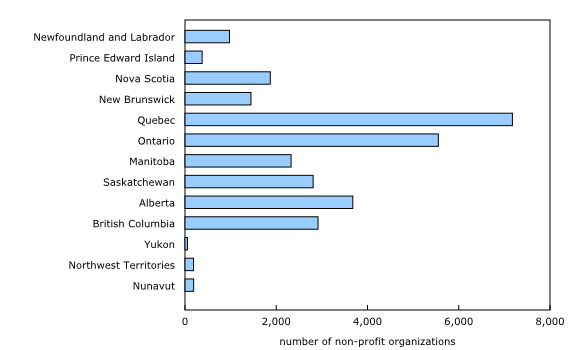 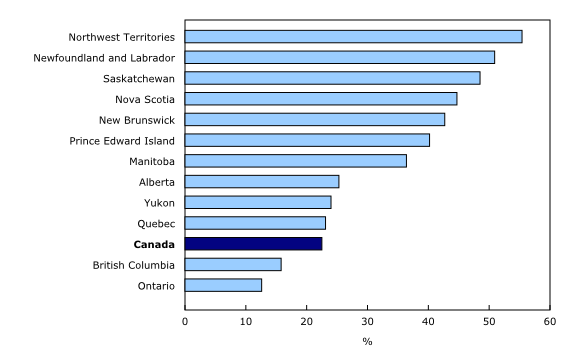 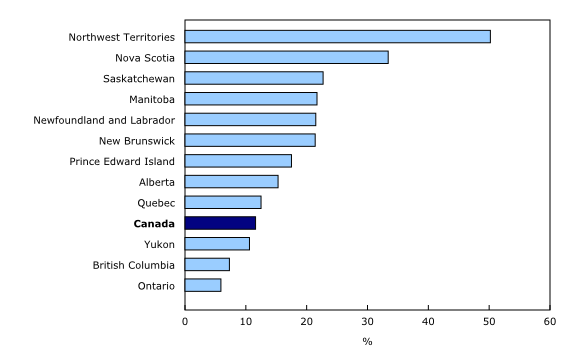 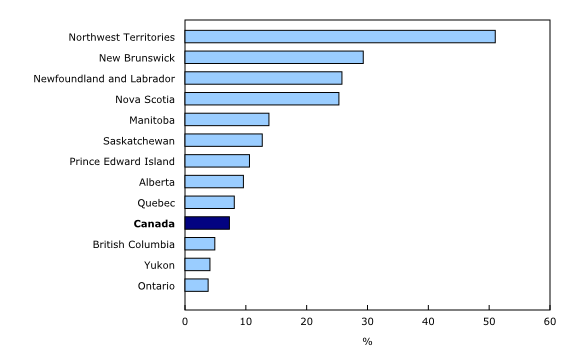 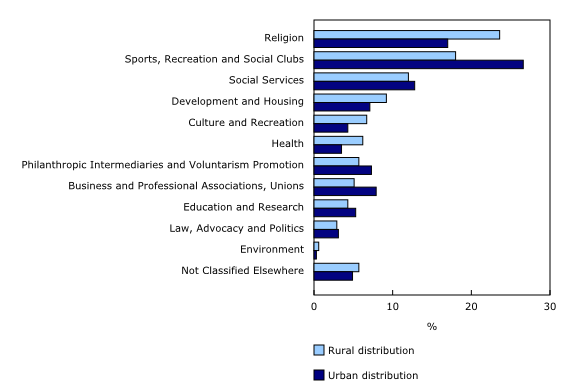 The infographic "Non-profit organizations: A rural perspective, 2019," which is part of Statistics Canada – Infographics (Catalogue number11-627-M), is now available.

For more information, or to enquire about the concepts, methods or data quality of this release, contact us (toll-free 1-800-263-1136; 514-283-8300; infostats@statcan.gc.ca) or Media Relations (statcan.mediahotline-ligneinfomedias.statcan@statcan.gc.ca).